How to prevent inflatable heat shield collision on Eve descent?

I set myself the challenge to land a kerbal on Eve and to bring him back. I have finally designed a craft and keep testing it. After  slapping something together I started testing and correcting it. I finally overcame the tumbling at around 40 km. The design I came up with was to attach 4 girders on decouplers to the top of the craft, then the inflatable parachutes and added two separatrons to each girder to pull them away from the craft.

I managed to slow down beautifully to about 90 m/s and I was at an altitude of 10 km. I thought it was safe to decouple the girders with the parachutes, turns out it wasn't. What are your solutions and designs? How do you safely get rid of inflatable heat shields on Eve? 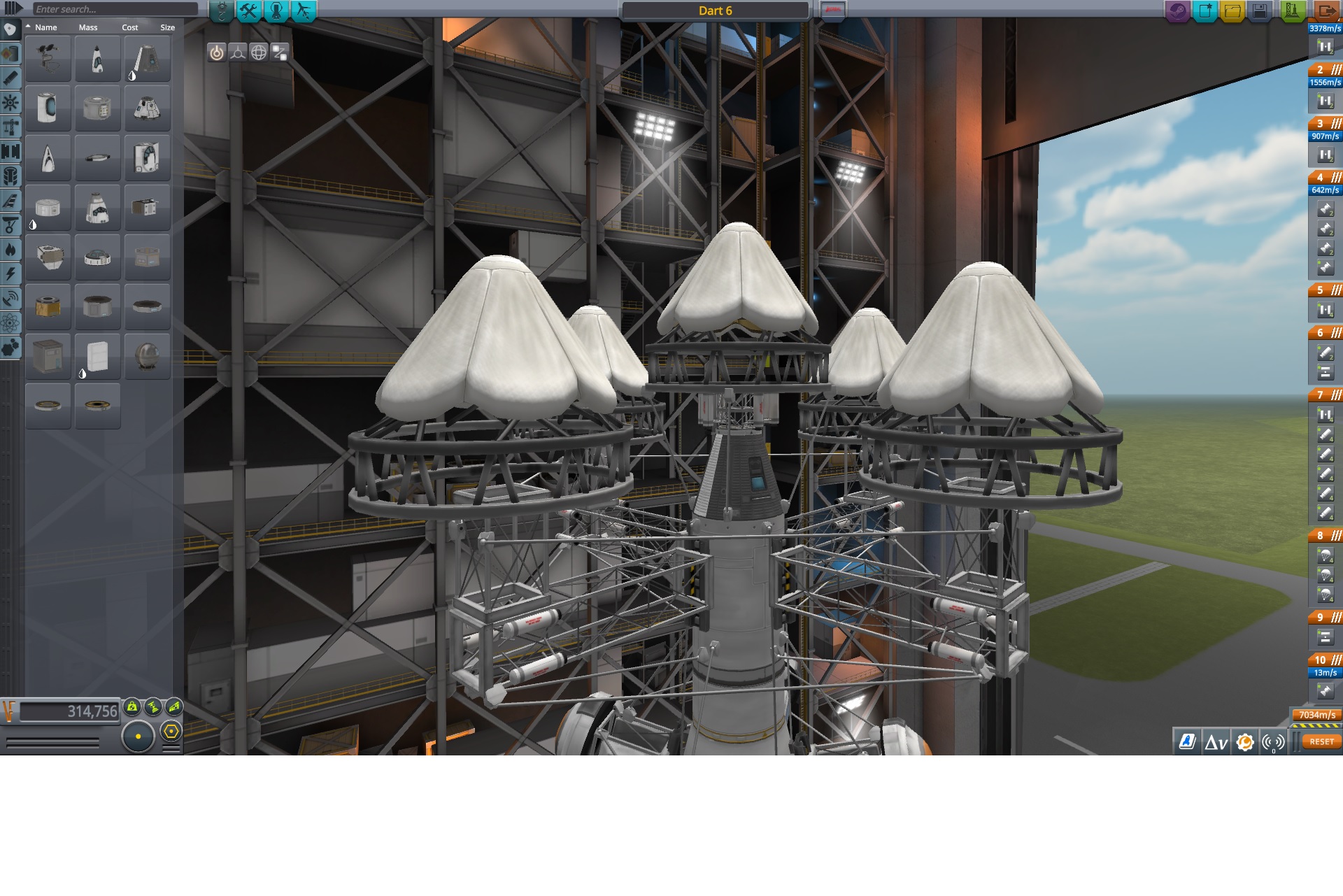