totm october 2020 What is something you have always wanted to do in KSP but have as of yet to do? 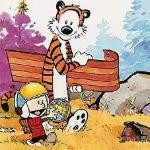 By AlamoVampire,
September 24, 2020 in KSP Discussion