Anyone available to make a simple mod? (Planes related) 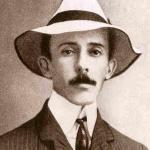 By Bernadegas,
September 27, 2020 in Add-on Development