After seeing this question asked before and not seeing a satisfactory answer I tried to come up with my own answer. First, we need to establish the reference direction that the longitude of ascending node (LAN) is measured against. See for example this post for a definition, the reference direction points from Kerbin to Kerbol on day 1 (lets ignore the tiny difference of 0.00159rad because the mean anomaly of Kerbin is 3.14 and not Pi in this assumption.). The next needed part is that a solar (Kerbol) day is a little longer than the sidereal rotation of Kerbin. Looking at the picture below one can piece together the global longitudinal angle in the Kerbol (different from the coordinates on Kerbin).

Now putting this all together the time x (in minutes) after 0:00h in UT to have the KSC at global longitude LAN on day d can be calculated with this formula (not showing the algebra):

As an example, to launch at global longitude 90 degree, on day 60 the calculation yields x = 25.15m. So, if the Kerbals launch at 0:25h at KSC on day 60 with an inclination their resulting orbit will have a LAN of about 90 degrees.

Hope this helps. I tried it, but please let me know if you find errors. 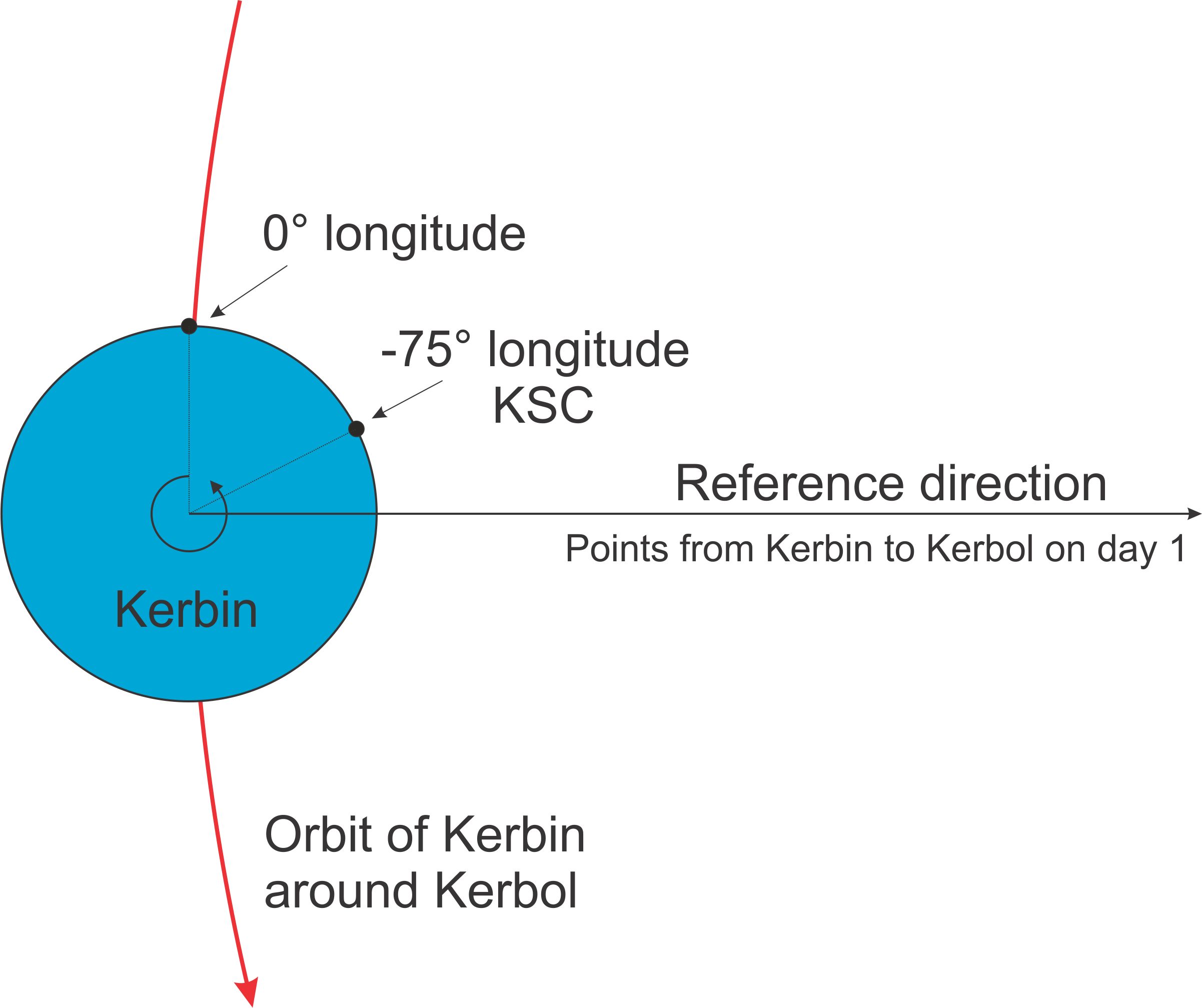 Edited April 25 by VMQ
Some clean up.