I have landed a rover on Mun. But on the opposite face of Kerbal. This should not a big deal because it has an antenna (a Communitron DTS-M1, deployed) and I have a satellite orbitting around Mun which communicate with Kerbal. But my rover refuse to link with the satellite and the result is that I cannot move my rover because of the absence of communication. Do you know what can I do to move it? 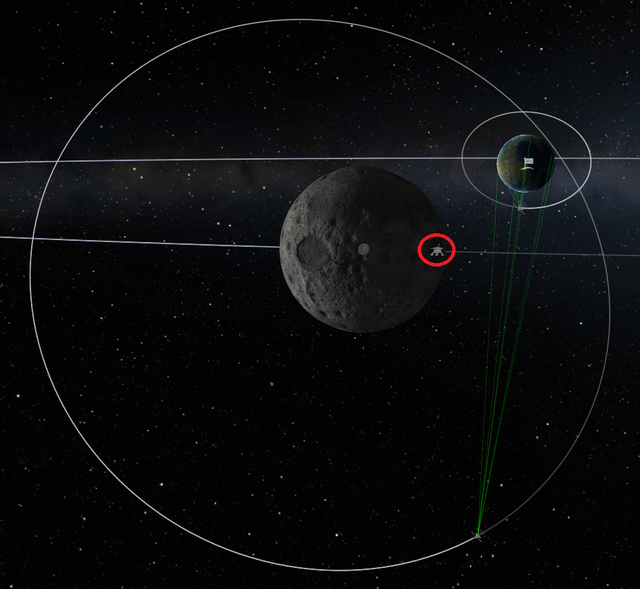 Many thanks in advance for your replies.