How do I add an antenna to a rocket

I understand the rudiments of constructing a rocket.  However, I am having trouble with this issue.

I have a KeralX stock rocket  I would like to place an HG-5 High Gain antenna inside of it.  Actually, I want to place three of them inside.  So I should do these things, right?

But it doesn't look right.  In the screenshot, you can barely see the antennas on the bottom of the capsule: 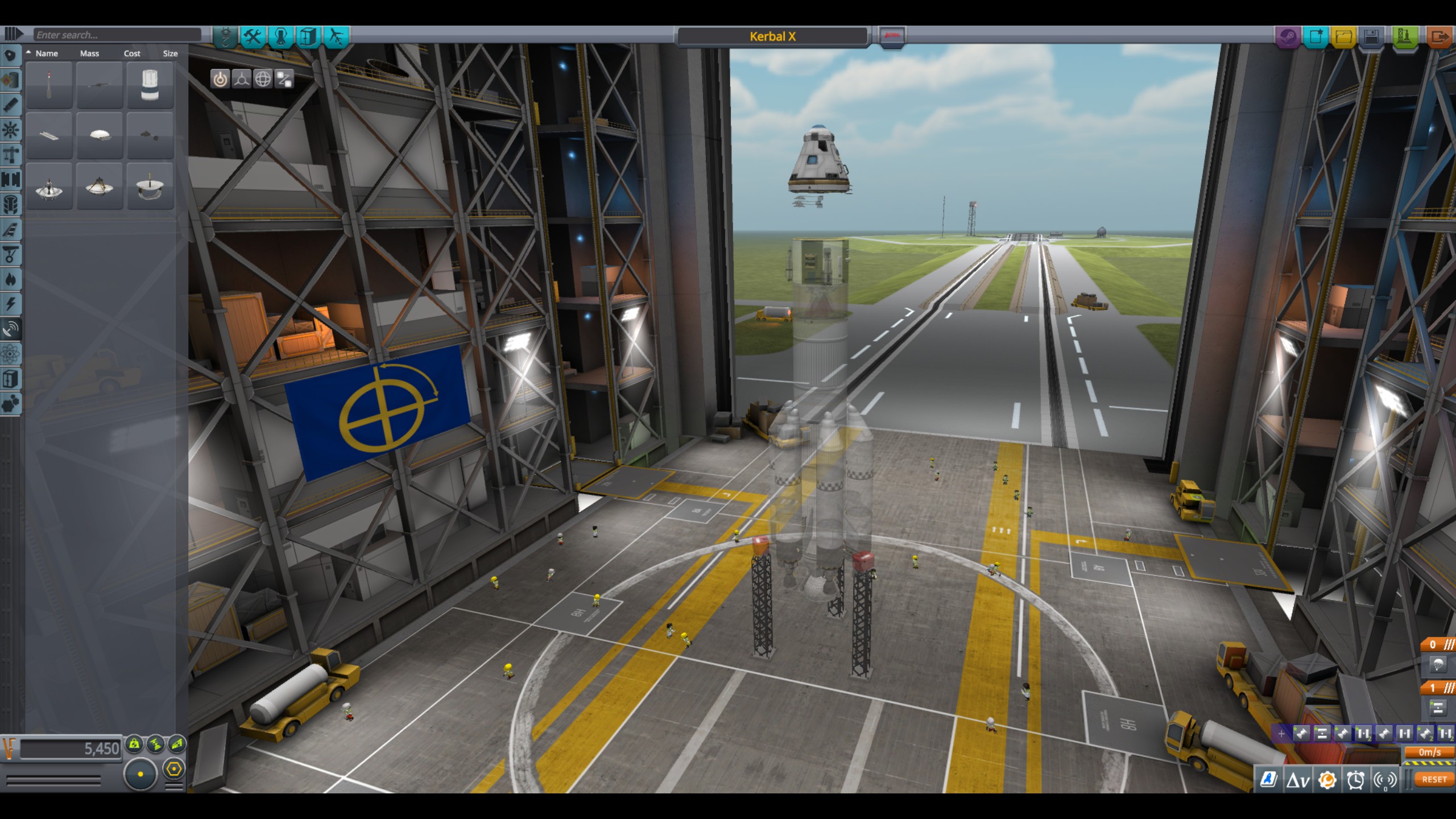 So, then, please, how should I put the antennas inside this rocket?  And then, how do I deploy them when the time is right?