I dropped a mining unit on Minmus and set it running to pull ore out prior to running the converter. It was bouncing around a bit but seemed fairly stable, but when I returned a few game days later it was gone. No debris, nothing ... just the fuel rover I had parked nearby. Has anyone seen a similar occurance, or have an explanation as why it might have self-destructed (if indeed that's what happend)? Here's a picture of a similar unit - I'm planning to put this one down on Duna, hence the 'chutes, but otherwise it's pretty much the same. 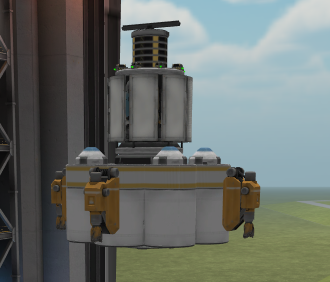