Encountering a recurring issue and I can't tell if it's a bug or what.

When designing a new craft I'll naturally check to make sure the center of lift is behind the center of mass, including both when tanks are full and drained. Invariably, when designing spaceplanes or similar craft, a CoL placed ahead of the CoM will have moved behind the CoM after test flying the craft and returning to the editor at least once.

Here's a VHTL plane I was working on and the CoL was well behind the CoM when I launched it (with both full and dry tanks). It flipped out on reentry so I reverted to VAB and the CoL was suddenly here: 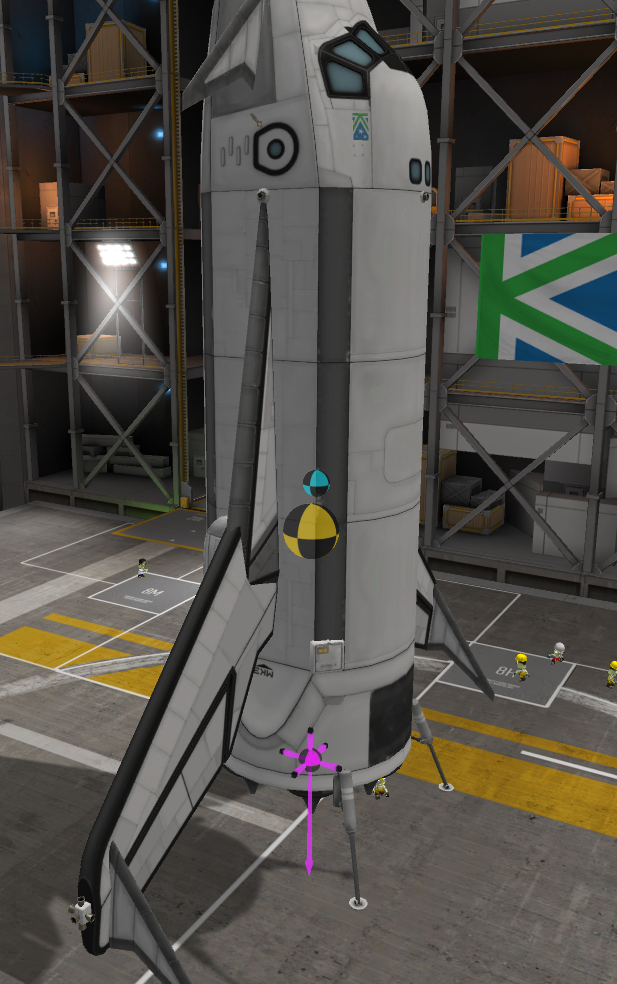 This explains the instability, but it would have been nice to have known this was the true CoL beforehand. This has happened with every single VTHL spaceplane I have ever built. KSP is apparently able to calculate the true CoL, but will not until the craft has been launched, otherwise it will show the CoL as being behind where it actually is. Naturally this makes adjusting control surfaces unplayably tedious, as a flight is required between each adjustment.

Has anyone else encountered this issue or can replicate it?