First craft in years, so naturally I had to try to master the "simple" art of single-engine turboprops before moving on to rockets. 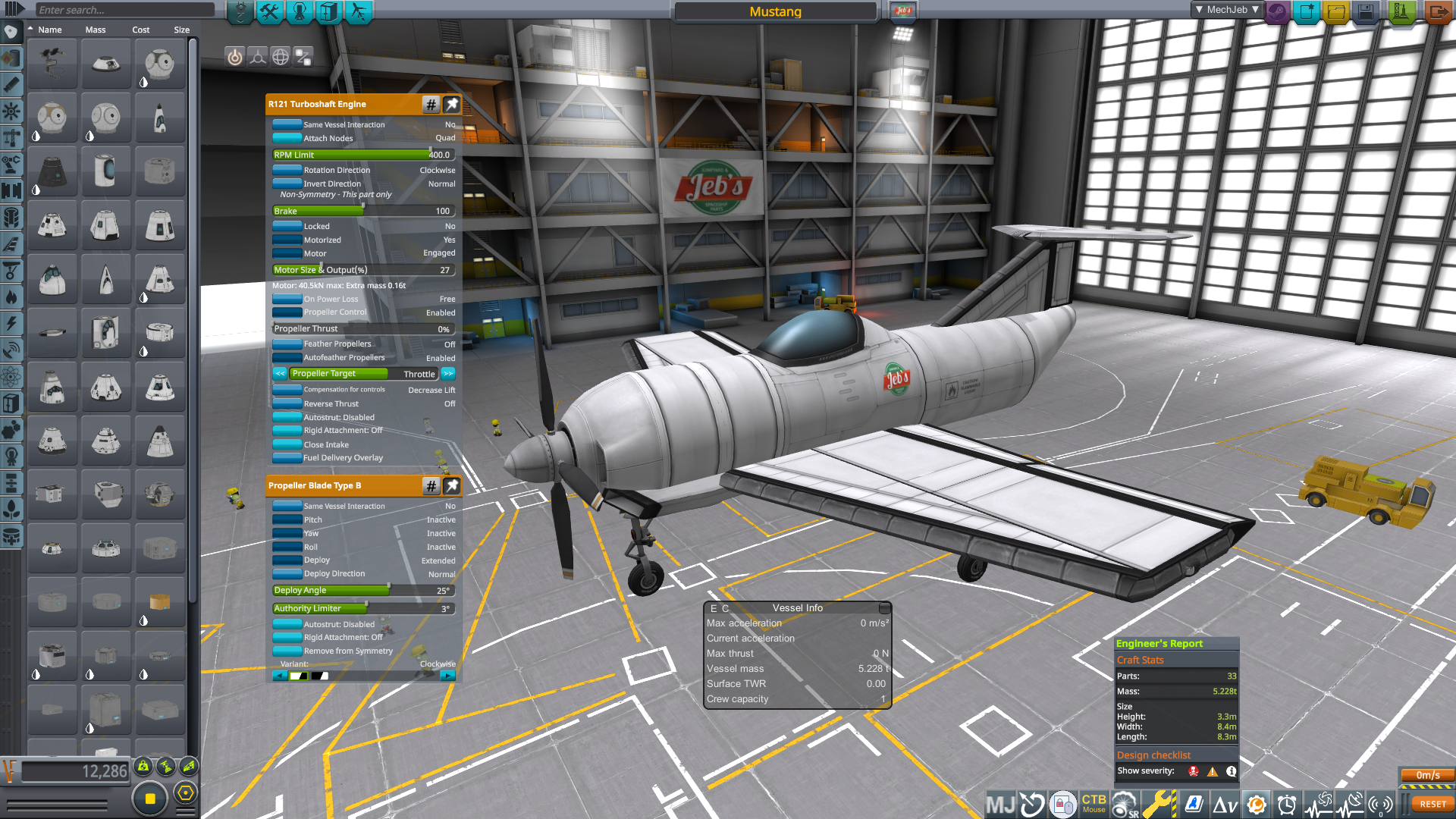 This thing can fly. I've got Pitchperfect autoadjusting blade angle. Front tanks are B9-switched to LF only, rear tank is half-full to make it at least bounce pack off its rear end when it loads.

19 answers to this question