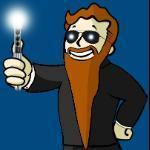 By ColdJ,
March 31 in Add-on Releases