What am I doing wrong?

I took a contract to place a satellite in a polar orbit, and I believe I have the AP and PE close enough to satisfy the contract. The inclination in the contract is less than half a degree off and the satellite has all the parts required. My problem is that the contract wants the ascending node to be 232.6 degrees and mine is at 180 degrees. I just don't see how I can have a 232 AN while in the polar orbit the contract shows.

Here is a screenshot showing my problem. My orbit and the red orbit (the contract one), seem to be almost identical, so I'm at a loss. 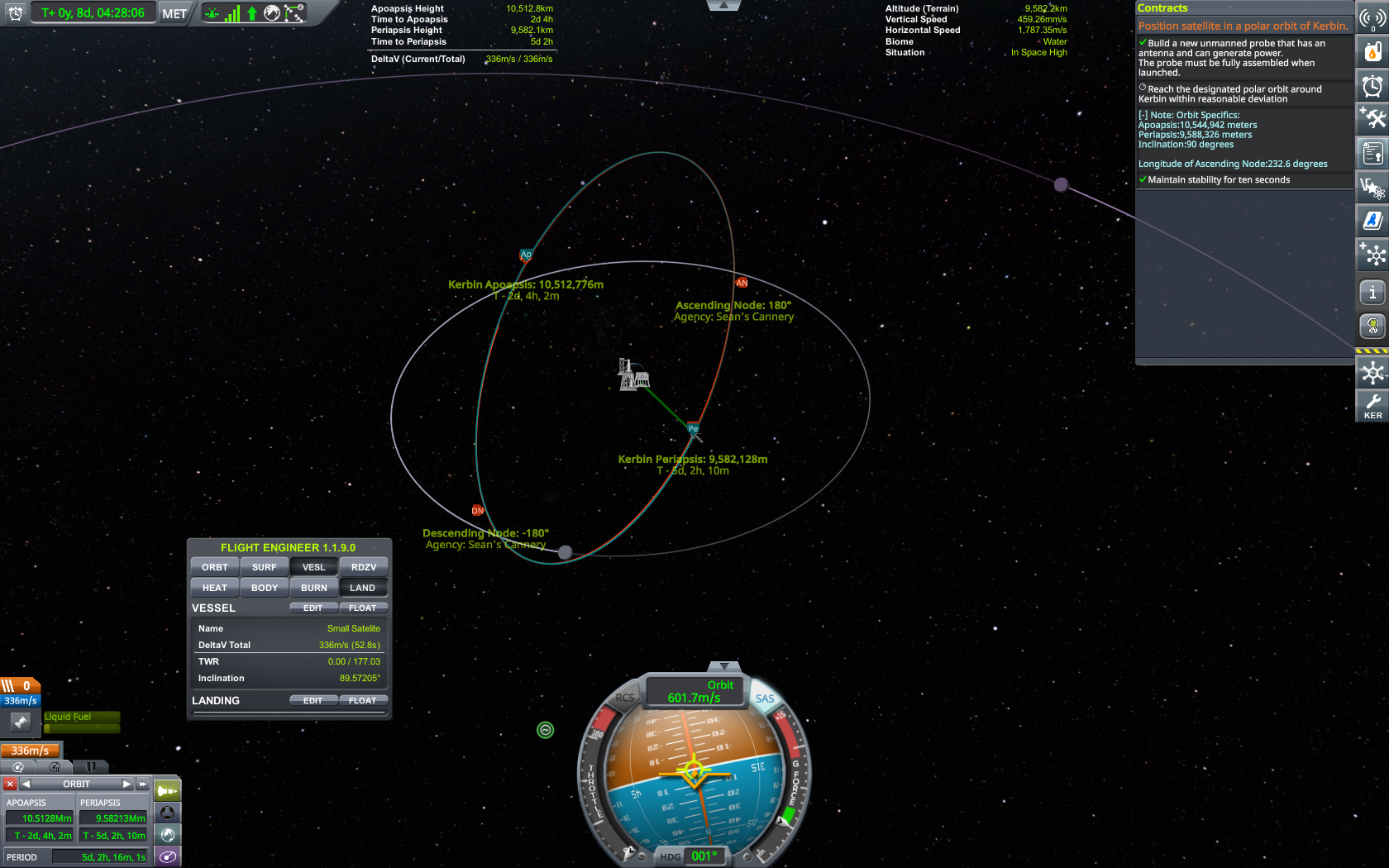