I guess the first question is, are small rovers even possible on Minmus? I remember trying years ago and would just end up with a rover launching itself on every small bump, or gaining zero traction and going nowhere because of the reduced gravity. And yeah I know hopping to different biomes on Minmus would be much faster, I just felt like playing with rovers. So I made this one I'm thinking about taking there. 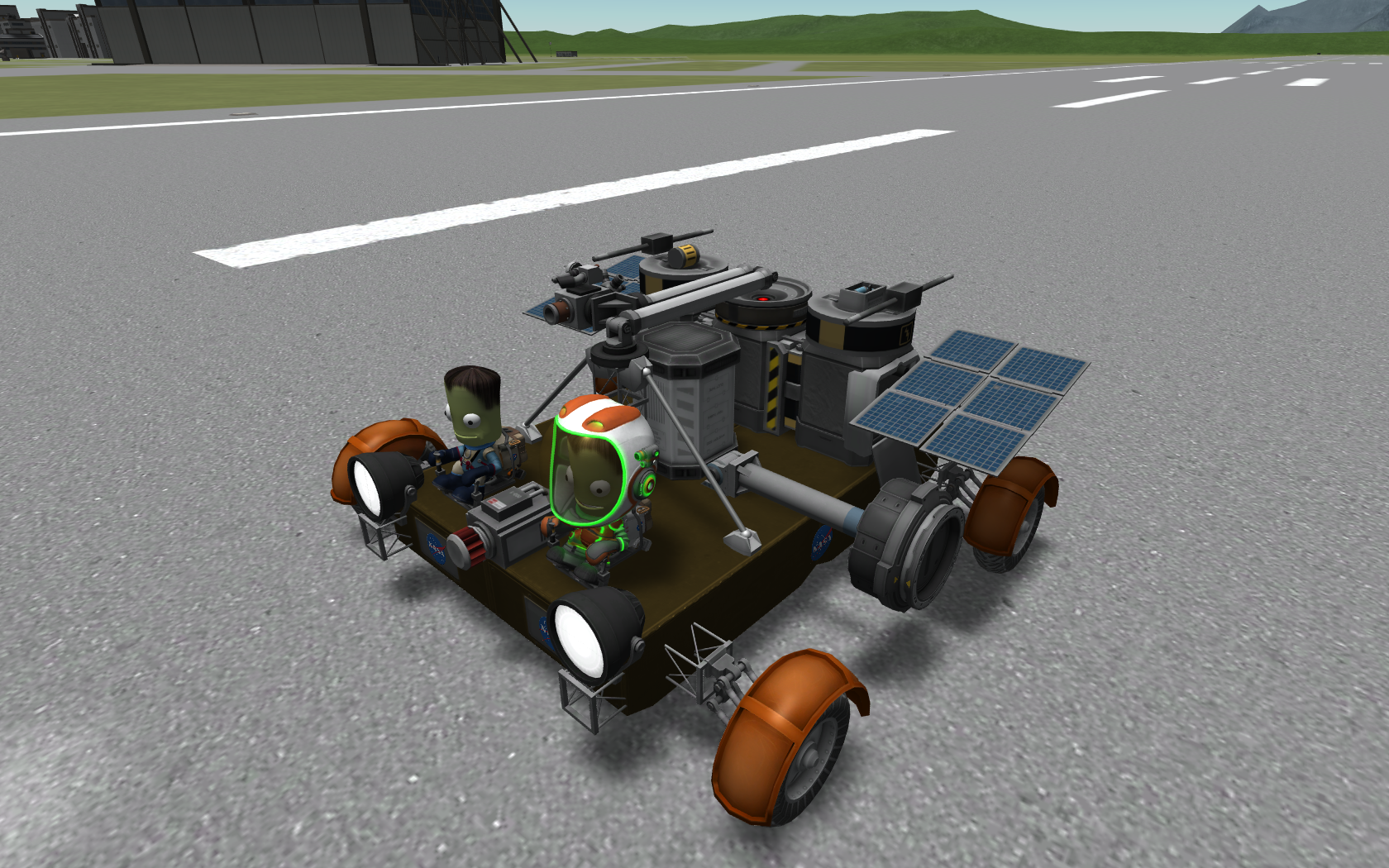 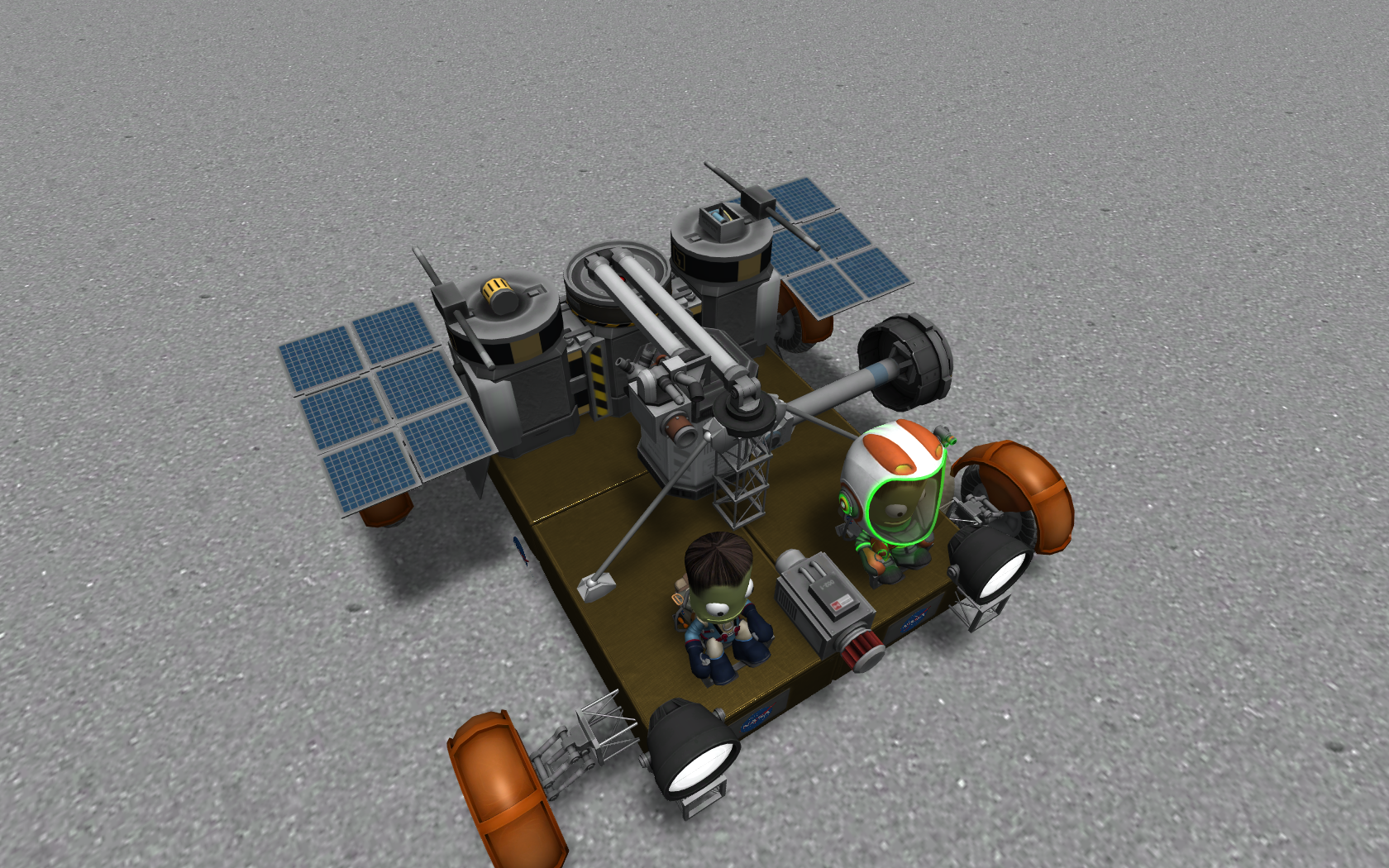 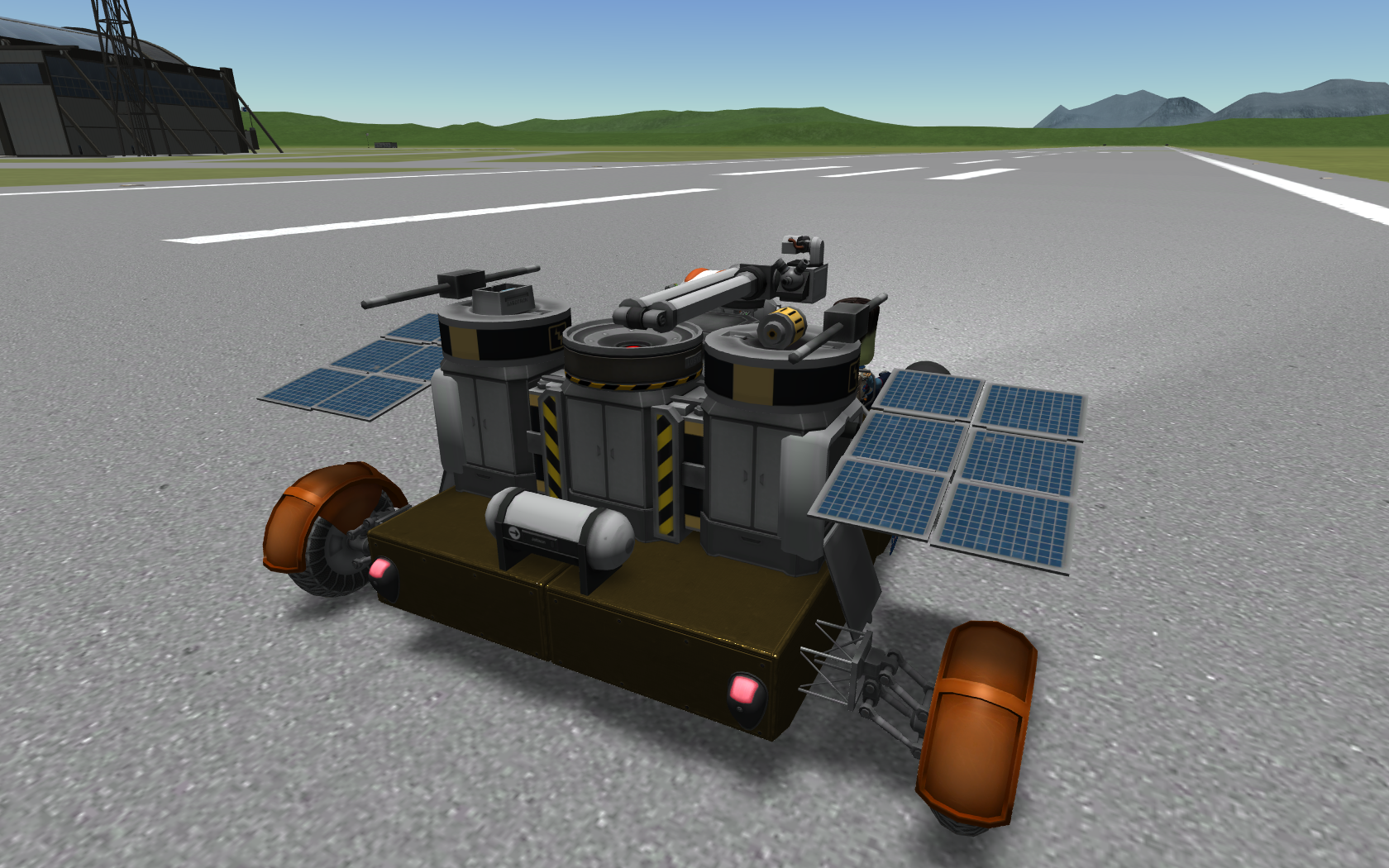 So as you can see, I tried to make it wide and low to the ground to be more stable on a low gravity body, but still not sure if it is worth a try. I suppose if Minmus is out, I could try the Mun.

And the second question (not really rover related), once I suck the science up into the Experimental Storage Unit is it then possible to dock and transfer the science through the Clamp O-Tron to a return vessel with another Experimental Science Unit?