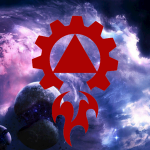 Hi, I've been trying to make a KSP Cinematic, and I built a space shuttle for this purpose, and for some reason, in the editor the stages are all fine, but when I go to launch it, the staging all combines into one single stage. Additionally, the stage light is off, but I still can't stage, even after fixing the staging. My mod list is here, I have no idea what's causing the problem, but I really don't want to uninstall and reinstall every mod one by one to find the problem, as it would take ages to do so. In addition, I have a _patches folder with one single patch, aptly named engine_startup.cfg, it's a very simple script which makes engines have a realistic warmup process. Also, I have a couple of manually installed mods, the only ones I used on this craft are reDIRECT and SOCK, along with SOCKrecolored and SOCKrepainted. I'm pretty sure it's a problem with the craft, as other craft work perfectly fine, I launched a small test rocket, it worked fine.

Edit: So I figured out the source of the problem, it's Modular Launch Pads. I have no idea how MLP is causing this problem, but it is.