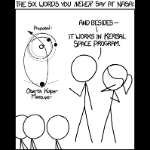 How would I configure robotics to make a mining truck that could interface with any airplane waiting to be refueled? I'm having trouble wrapping my head around how to make a robotic arm.