How to reduce the fuel amount needed?

I am a person, and I am sure many people are like me, that usually put many large fueltanks on the ship alongside some huge engines for anything - and I do know that I in theory somehow should be able to get my payload into space with lesser fuel than what I actually use. But since I often make it to the places I want to go, with just a little fuel left, I am afraid to try and make smaller spacecrafts. Though I guess much of the fuel is actually just wasted on lifting all the extra fuel I added on the spacecraft. Just to give you an Image, by spacecraft usually end up with 1+6 large fueltanks in asparagus staging.

Something looking close to this: 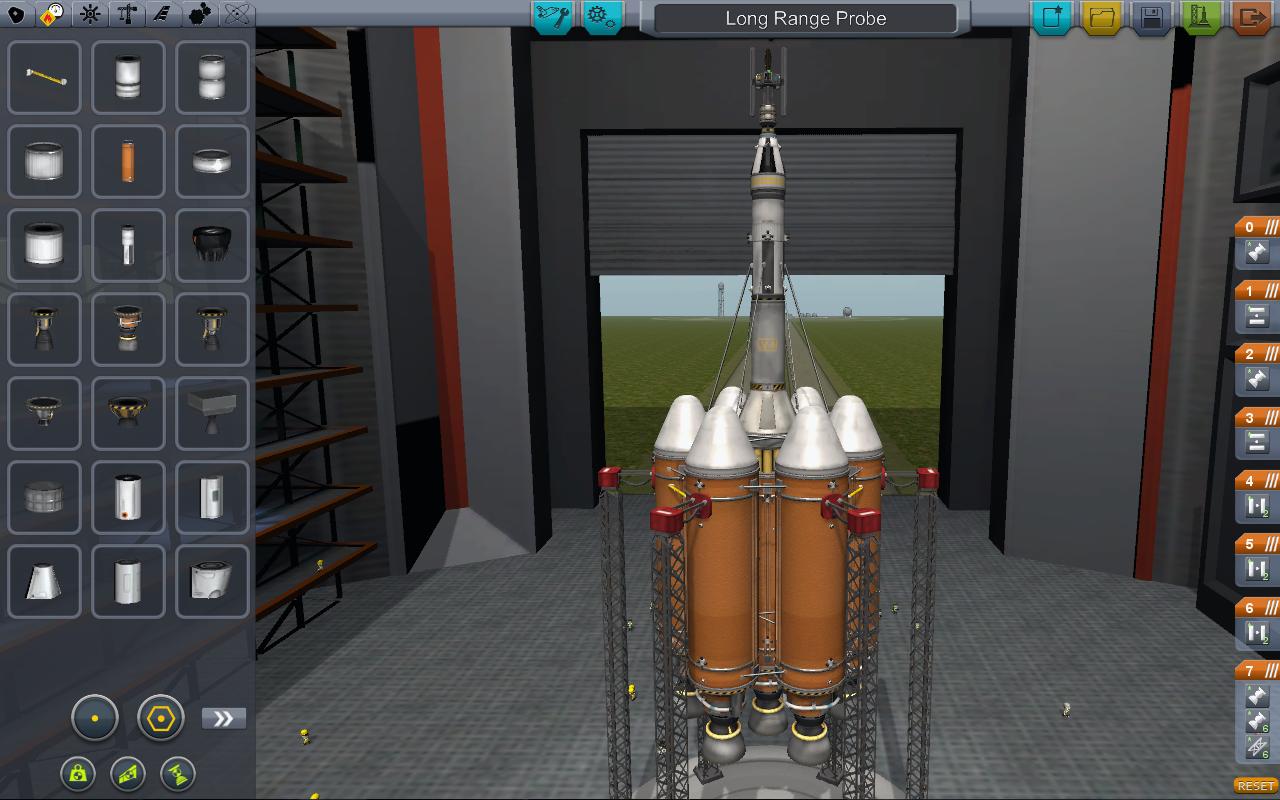 Now say I jmy payload was a lander that I armed to get to minmus; I would guess I could not really need to much fuel for my 1st stage for getting out of the atmosphere? I mean, 7 mainsail rockets sounds verry inefficient. But I have trouble finding new designs that use smaller rockets and fueltanks that does the job well.

So in short, what I am asking is not for some complete spacecraft that does the job, I am looking for methods to figure out what engines I need (thrust to weight ratio maybe?) and how to know how much fuel I need to get my payload into orbit. (I guess those two are highly related).