I have a question regarding transferring to another planet. My method thus far has been as follows...I'll use Duna as an example.

First, I get into a circular orbit around kerbin, usually 80k. Once in orbit, I burn prograde until I escape the Kerbol system and enter a solar orbit. From a solar orbit, I'll make a node and play with it until I get an encounter, but I usually get the encounter on the opposite side of my orbit. My question is, is it better to extend my orbit and get an encounter far far away from my current position, or to wait until I am just behind the planet...I'm having trouble explaining, so I'll include some poorly drawn MS Paint examples. The first is how I currently do it. 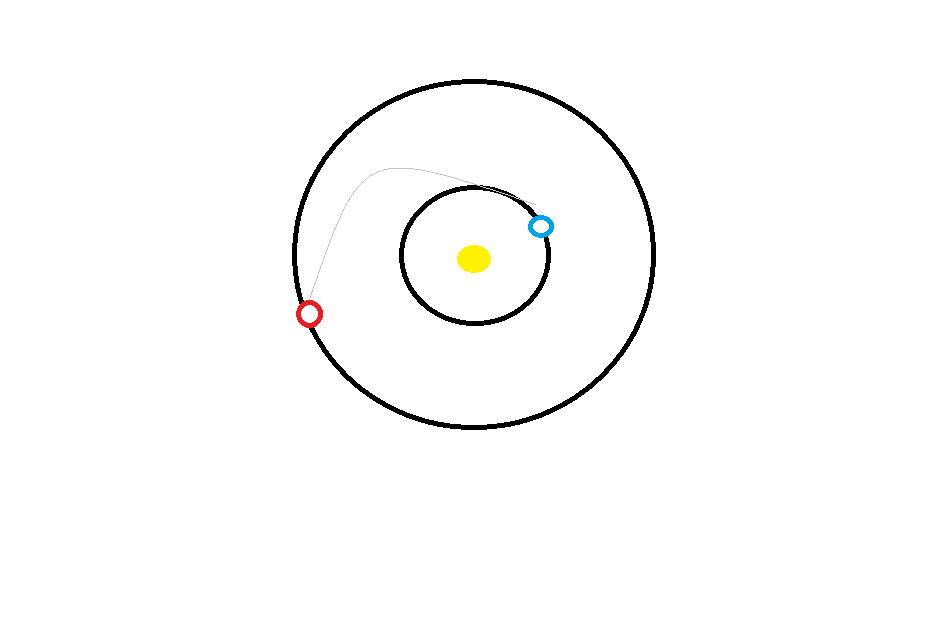 Is this a better method?