Where is the Neil Armstrong memorial?

How can i go there:D I think I've traveled half of MÃƒÂ¼n but I couldn't find memorial:sticktongue: 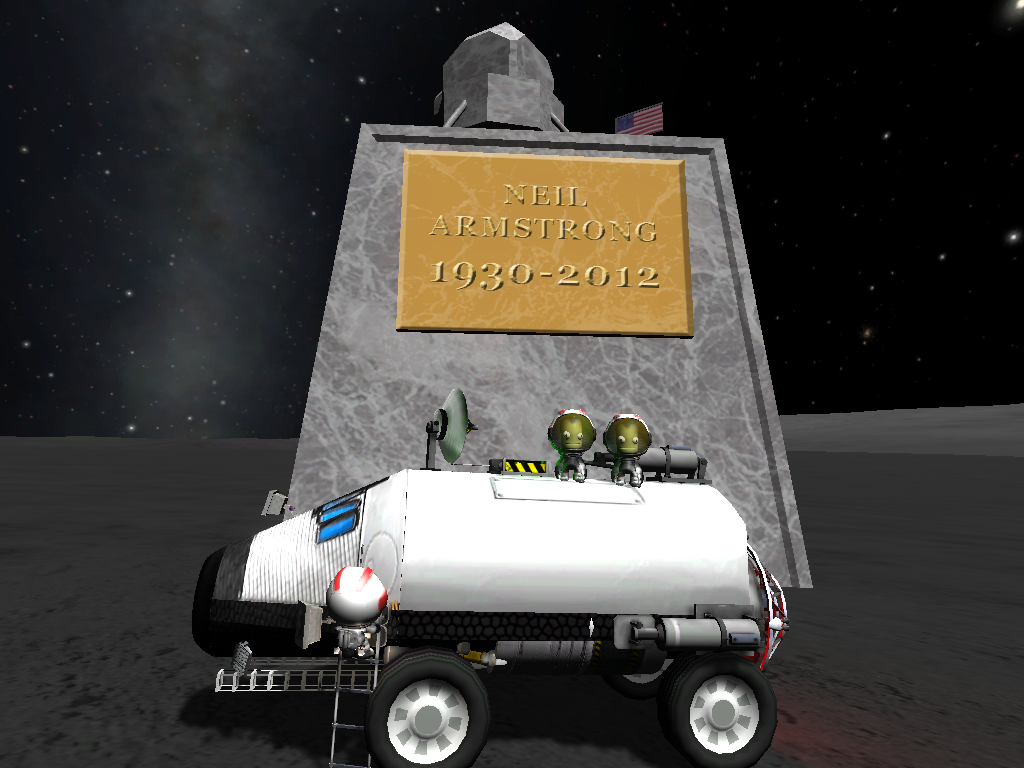