How can I get this heavy rocket into Kerbin orbit?

I've been trying to get this heavy rocket into Kerbin orbit and see if it can get to the MÃƒÂ¼n as it has a considerably high ammount of fuel plus backup fuel, but whatever I do it seems that I can never increase my Apoapsis without burning most of my fuel due to it's weight.

I tried to use boosters to help my rocket get to outer space and use it's fuel reservatories for good, but it all boiled down to a pretty fireworks display for some reason. Also, once I change from boosters to normal thrusters, it's hard for my rocket not to lose momentum gained from the boosters and not fall back to Kerbin due to it's weight. Help? Currently insane ammounts of fuel are the only way I can use to get to the MÃƒÂ¼n, and that comes with the cost of extreme weight. 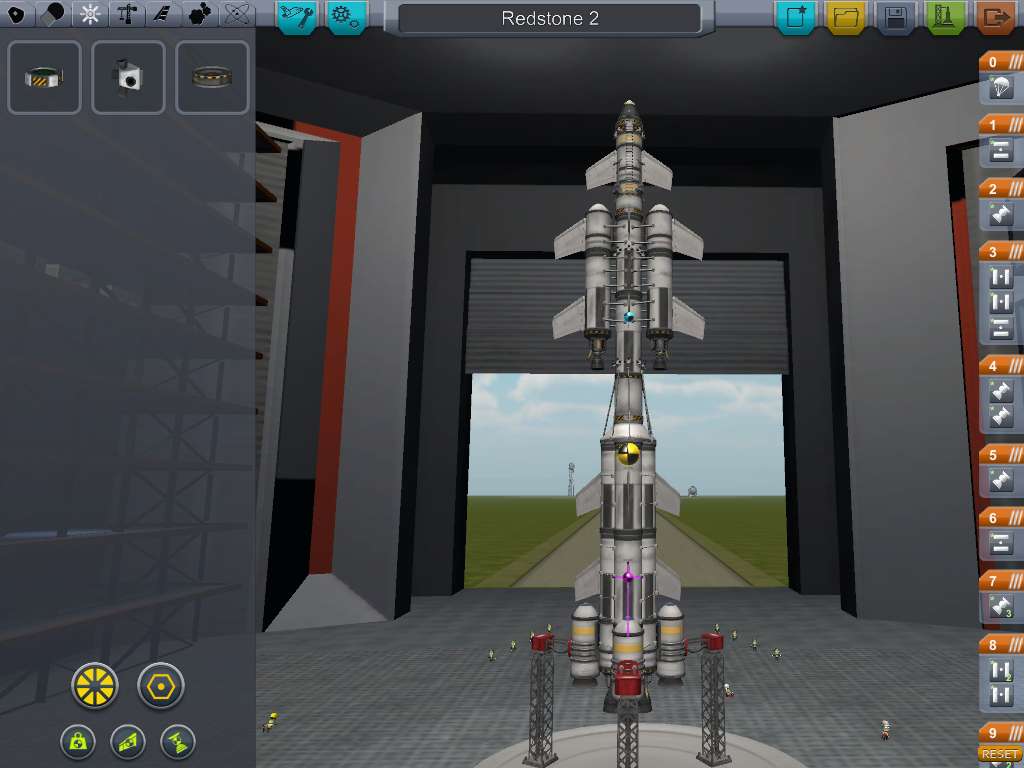 There are a few changes. There are now around eight boosters at the bottom, six more above it, and even more six at the middle. They are all used before the main thrusters.