Any way to dock without killing Jeb? 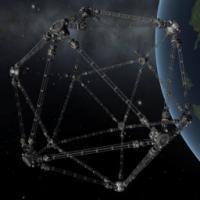 I've got a station in Munar orbit with a couple of landers and a couple of rovers. Jeb took one of the rovers down to the farside crater to grab some science missed during my original Mun missions and, despite wasting quite a bit of fuel on the descent, was able to rendezvous with the station (had to scrub the last 16m/s of relative velocity with RCS). The trouble comes when trying to dock. No matter how slowly I approach the port, Jeb always gets thrown out of his command seat when the rover docks and gets killed by hitting something (usually the materials lab on the rover). I can be approaching the port at 0.1 m/s and, once the magnets start pulling me in, thrust back with RCS to prevent the speed building up, and still he manages to die. Given he can withstand impact with the ground at many tens of m/s, I don't see why such a little bump should make him disintegrate...

I tried EVA but the rover doesn't have any remote control so that will only let me switch him for some other unlucky sacrificial victim.

Looks like I'm going to have to make some changes to the rovers but would it be better to add remote control or make some other change that will stop the pilot getting wasted...?

If anyone fancies taking a look then it is "KSS Mun Rover Beta" in this save game, currently a few tens of metres from the docking port on the station.