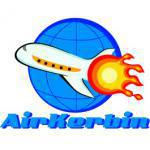 IÃ‚Â´ve got a little question.

Recently the Plant-a-flag-on-Eve Contract popped up in my carrer save. 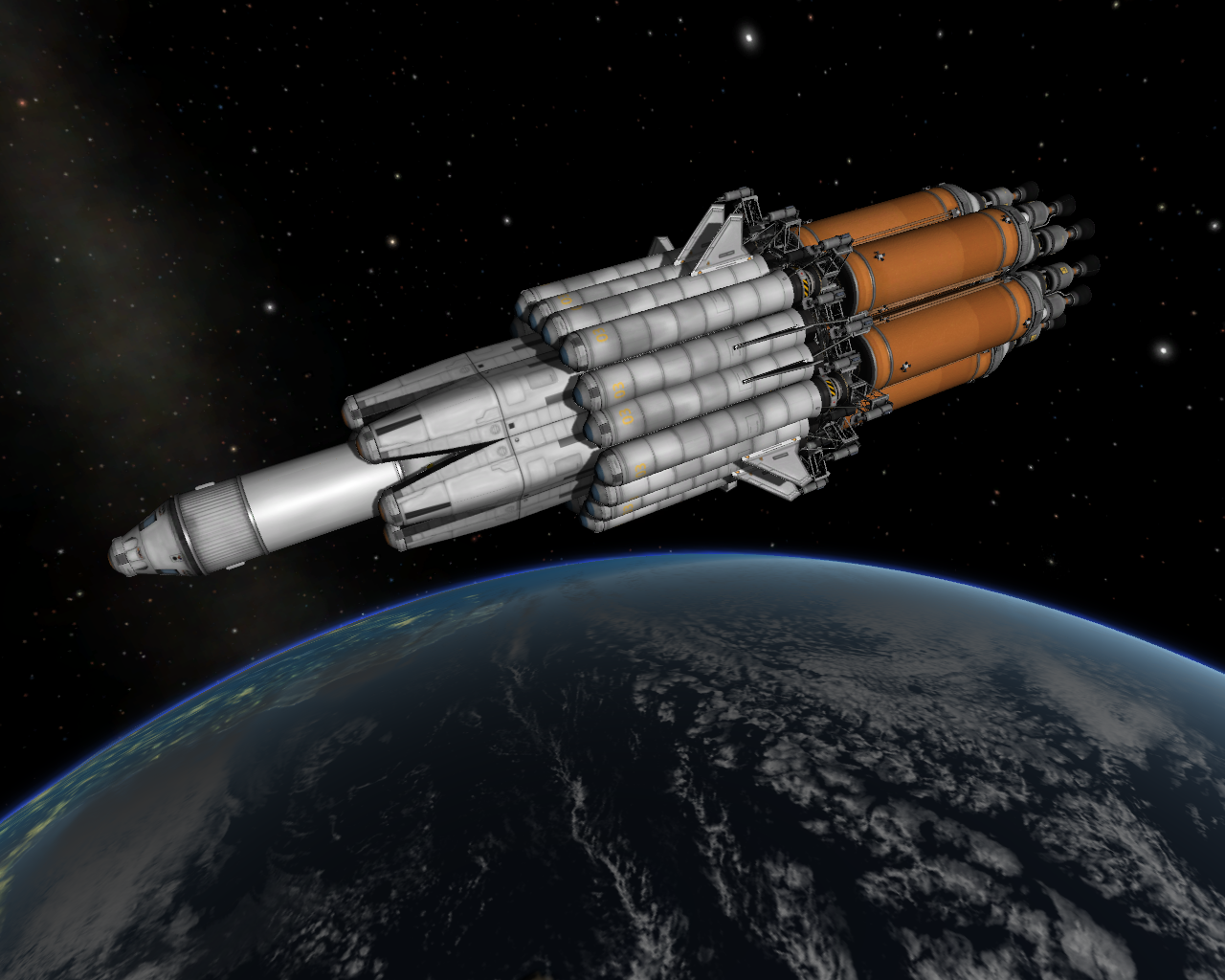 ... was a complete and utter failiure a few months ago. Really, it was a disaster.

So IÃ‚Â´m a bit scared of Eve. But now IÃ‚Â´m tempted to try again.

So far I sent out 2 drones, and they found a plateau like spot at the hight of about 4500m about sealevel. 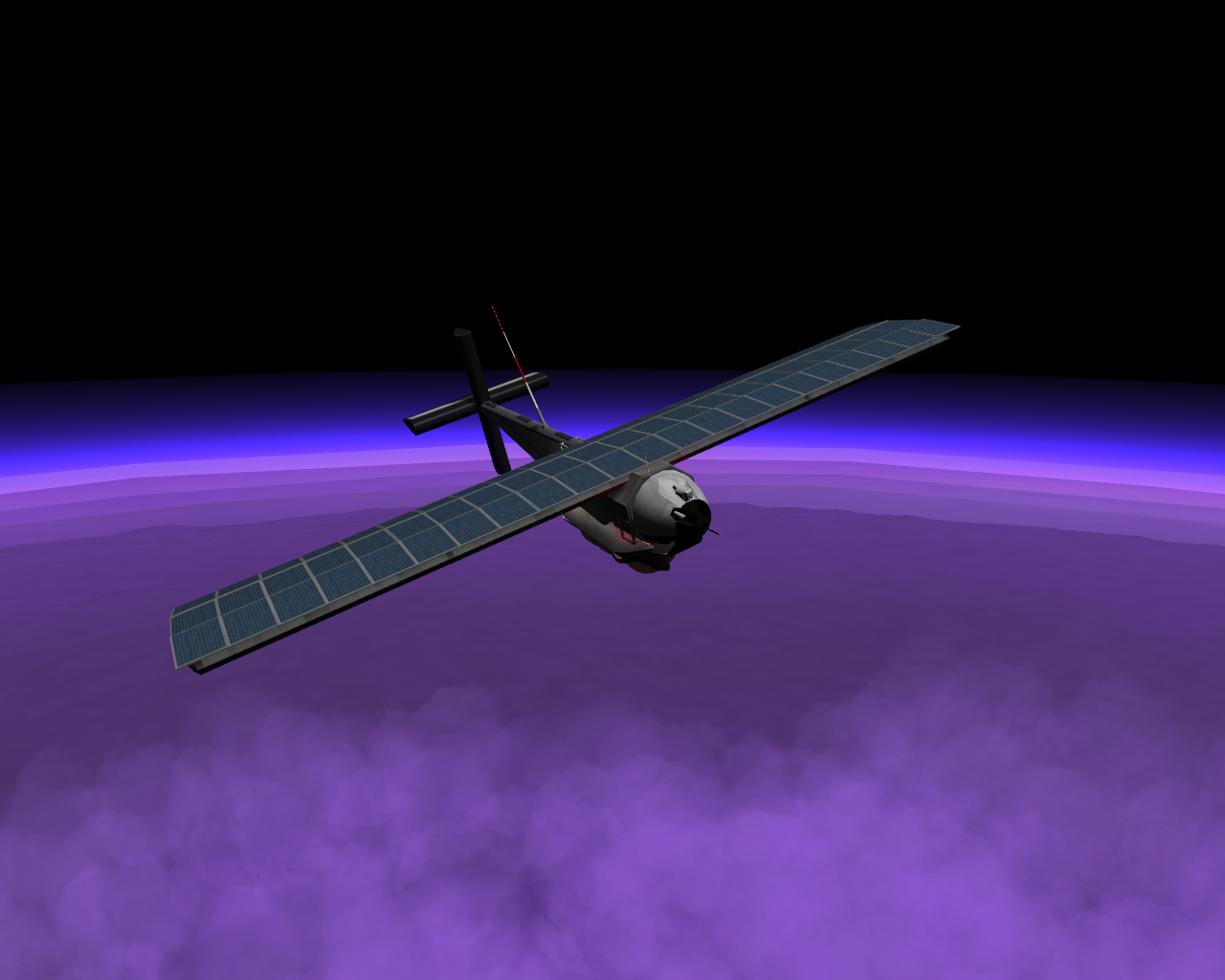 At the moment my Evetta rover is on its way to look for a relatively flat spot to land on. It also got a little landing beacon aboard. 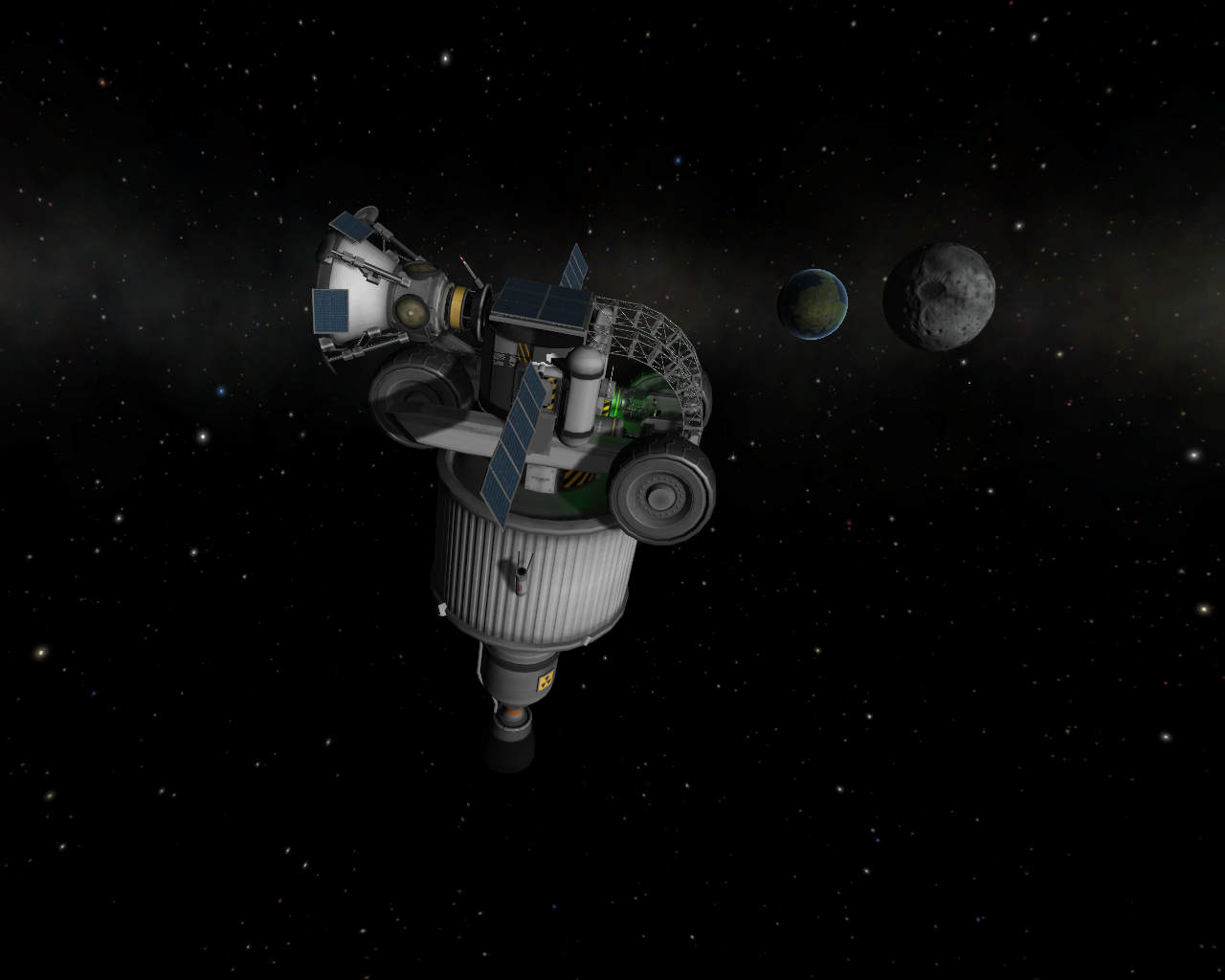 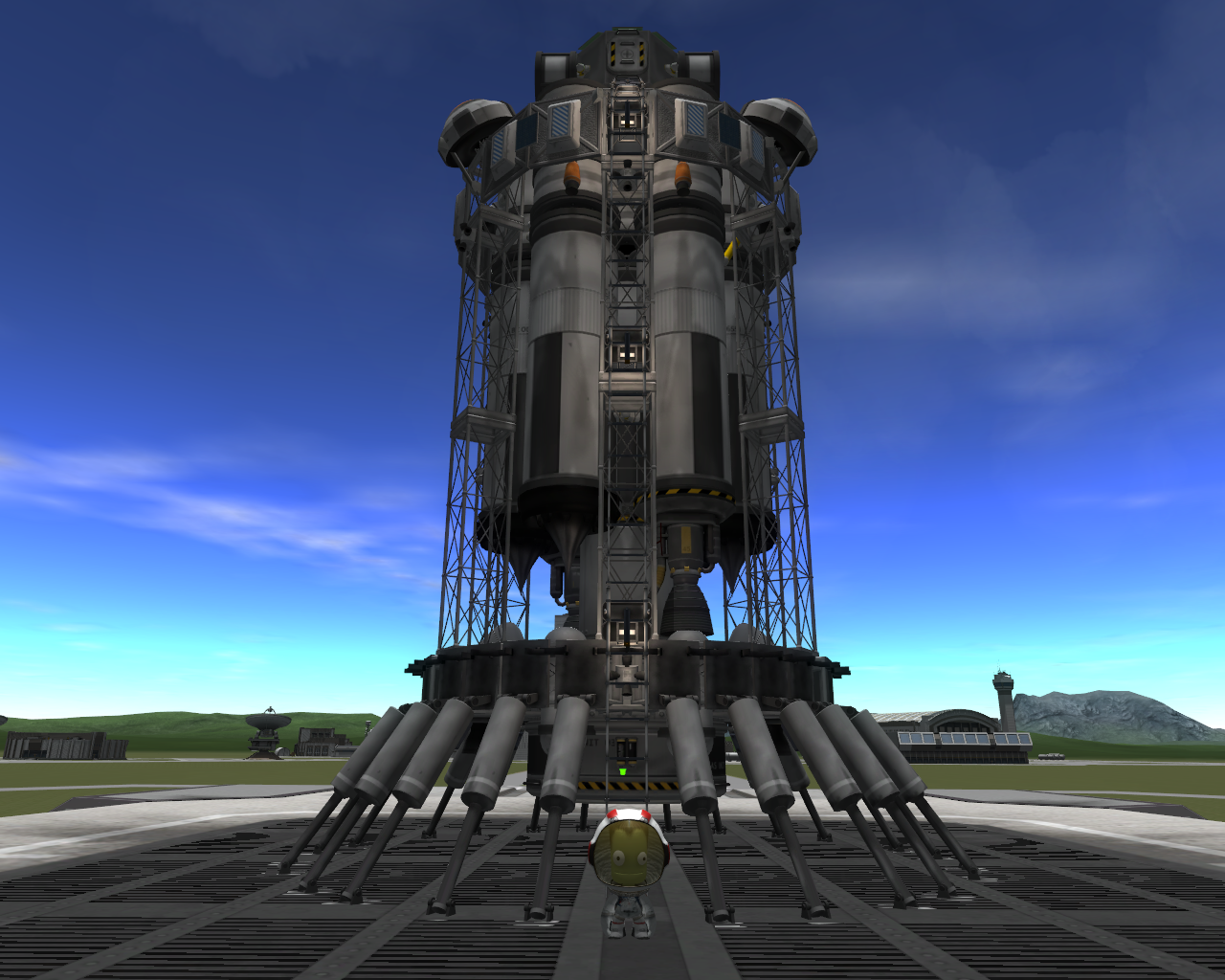 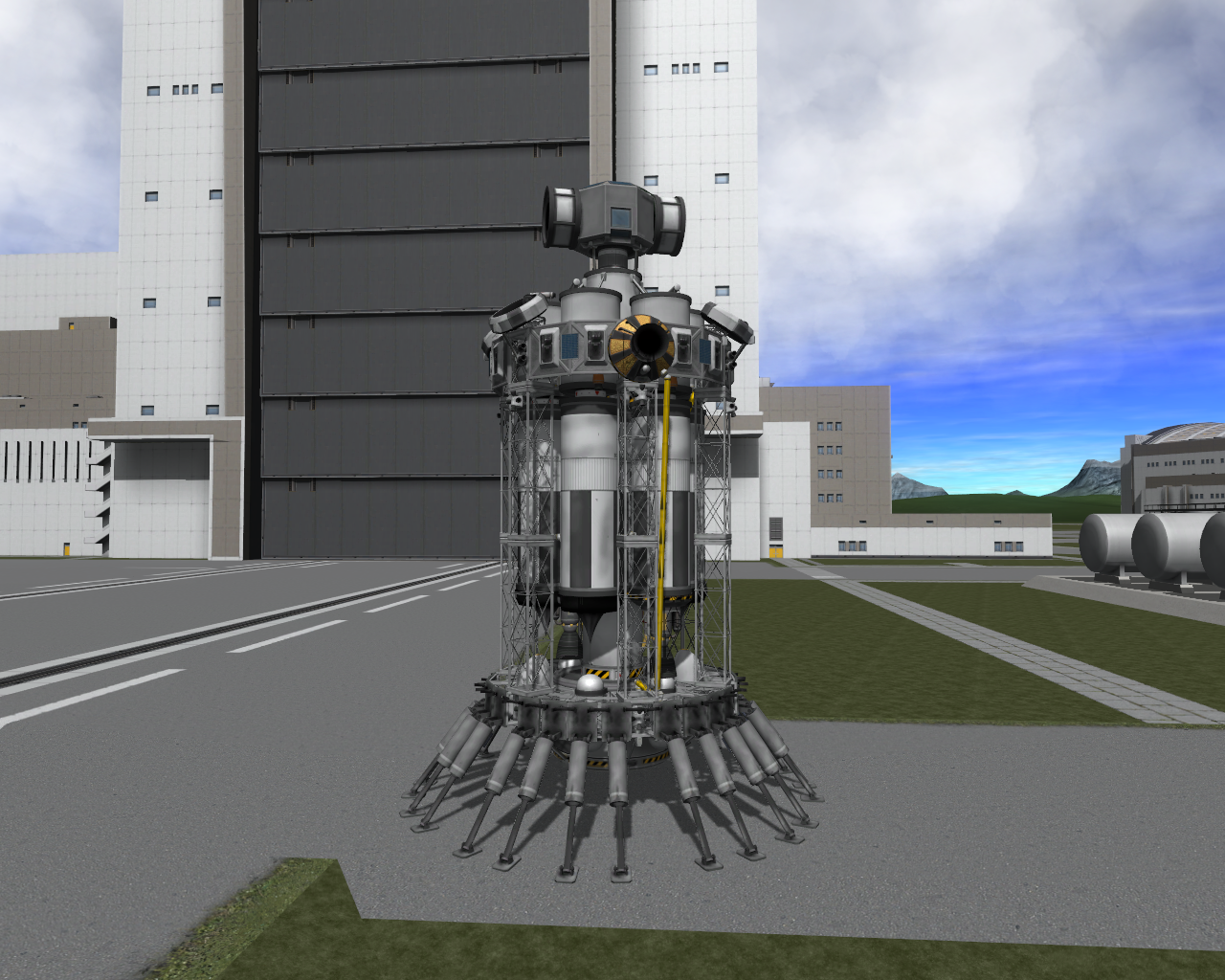 ItÃ‚Â´s a much more simple and lightwight approach to the problem. Just one passenger this time.

The landing cage carries all the equipment that isnÃ‚Â´t necessary during the launch phase (probecore, chutes, landing legs etc) and shall protect the ascend vehicle at impact.

It also should be able to finetune the point of touchdown via horizontal thrusters, and set the vehicle upright by raising single legs.

Tests on Kerbin went pretty well and the whole thing takes an unpowered impact at 15m/s with no problem. IÃ‚Â´m guessing on eve this would be more like 10m/s at that altitude. 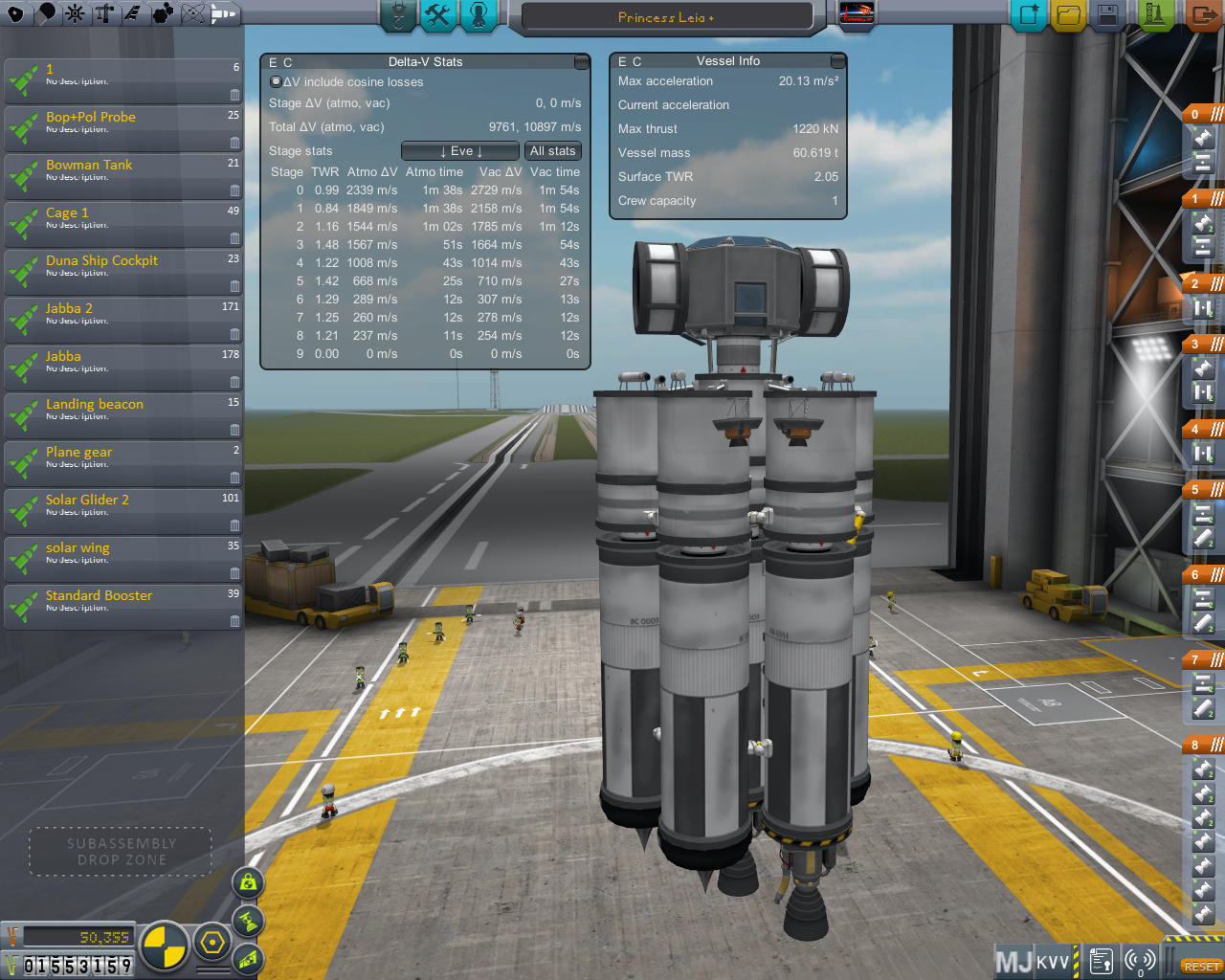 As said,I guess IÃ‚Â´ll need round about 11000m/s dV, so IÃ‚Â´m pretty close to that, right? And I think the TWR isnÃ‚Â´t too bad either.

So here is the question. Do you see any major flaws with this craft?

Otherwise I would try to get this thing into Eve orbit at the next transfer window. And then try to get it down to the surface in one piece.

The mission shall be completed with stock aerodynamics and stock parts (with one exeption: IÃ‚Â´ll use mechjeb for the landing predictions, long rover rides and as backup. So if I mess up, IÃ‚Â´ll give MJ a try)

Thx for reading and feedback would be appreciated.

27 answers to this question