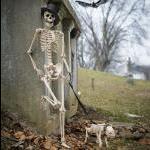 KSP freezes while trying to load the title screen when I open it. I'm using a Mac with KSP 1.0.4. I put all the mods I have into the GameData folder after the zip files were opened. I was trying to install Better Atmospheres. My GameData folder looks like this:

Have I done something wrong?

EDIT: The game works now, although it acts as though the only mods that work are HyperEdit and TextureReplacer.