Oberth vs Apoapsis burn to LKO

I've been spending some time messing with launch tactics in my efforts to get heavier payloads to Low-Kerbin Orbit, and while I have a system that works, I don't know if it's any more efficient than the old system I used.

In the old system, I would burn vertical 'til 12,500m, then start my turn, then burn until my Ap was at the desired altitude, then wait until I had reached Apoapsis to conduct my circulization burn.

After watching mechjeb ships do circulation burns, I decided to try something new:

I still do everything through the turn at 12,500m and burn until I have my desired apoapsis, but then I start burning on the 90 while still in atmosphere, and even below the horizon if the Apoapsis is getting too high. Using this, I can get a nicely circular orbit without having to wait until Apoapsis for my circularization burn.

Now, my gut is telling me that Oberth should mean that this is more efficient, since my burn is occurring at a lower altitude, but the fact that I'm burning in-atmosphere means that it should be less efficient due to drag. I don't have the tools or equipment to measure this, so can anyone tell me if one technique is mathematically proven to be more fuel-efficient than the other?

I'm not sure if my idea is getting clearly across. I already know about the gravity turn in relation to atmospheric pressure. What I want to know is if a n earlier below-horizon burn is better than waiting until Apoapsis to do the same burn. 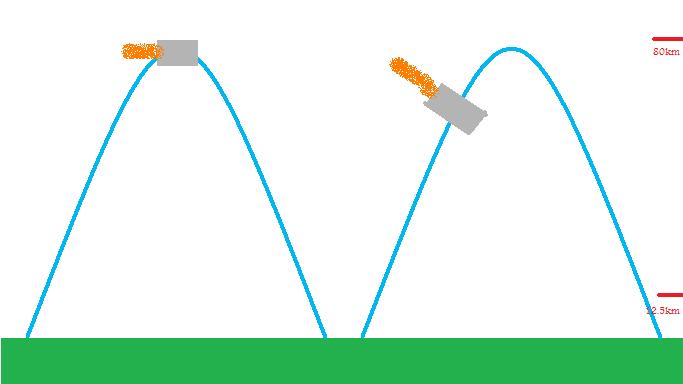 Edited April 22, 2013 by EndOfTheEarth
for clarity.