New player here. I'm from the flight simulation crowd. I bought KSP a couple of months ago and I've been having a huge amount of fun designing and flying spaceplanes, so thanks for the inspiration and advice of all the SSTO designers on this forum.

In my career campaign, I got to Mun and Minmus using small landers that fit neatly into the Mk2 cargo bay, but I was quickly restricted by its limited size so I designed the ExHaul class twin-boom spaceplane to lift unshielded payloads. Here she is delivering Station Alpha to Kerbin's North Polar Icecap. 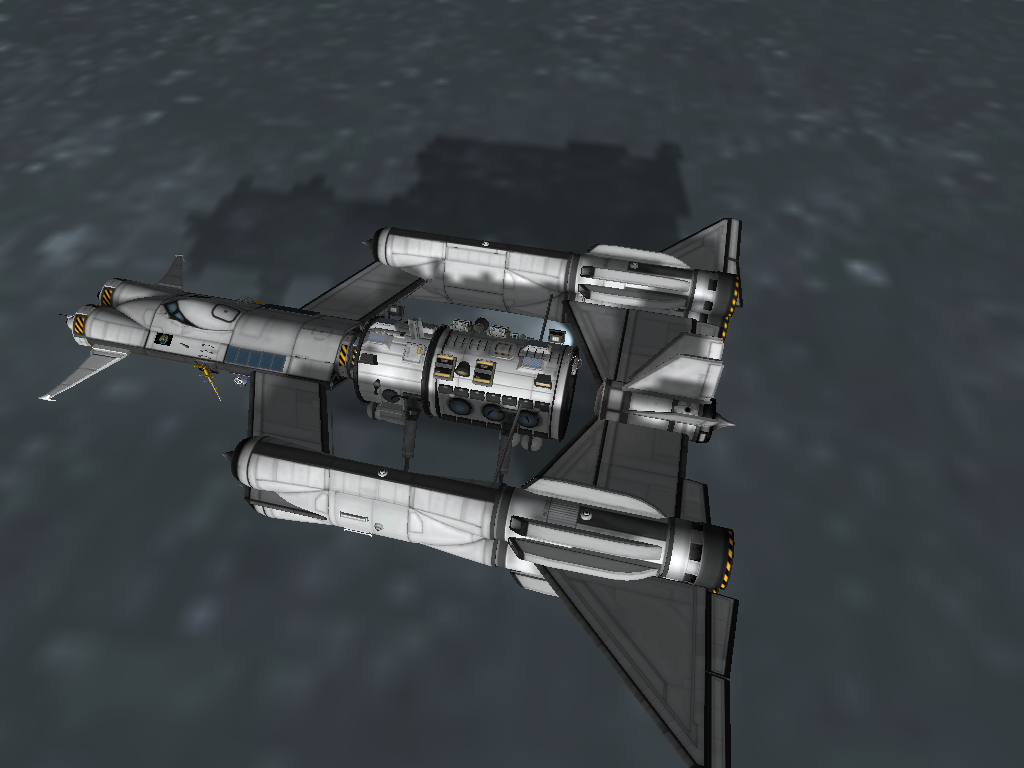 Designed and flown using NEAR, she's a bit of a pig to handle but she will lift 15 tonnes to LKO, and at least 6 tonnes to Munar orbit.

However, she has a small fuel flow problem, as demonstrated by this static burn... 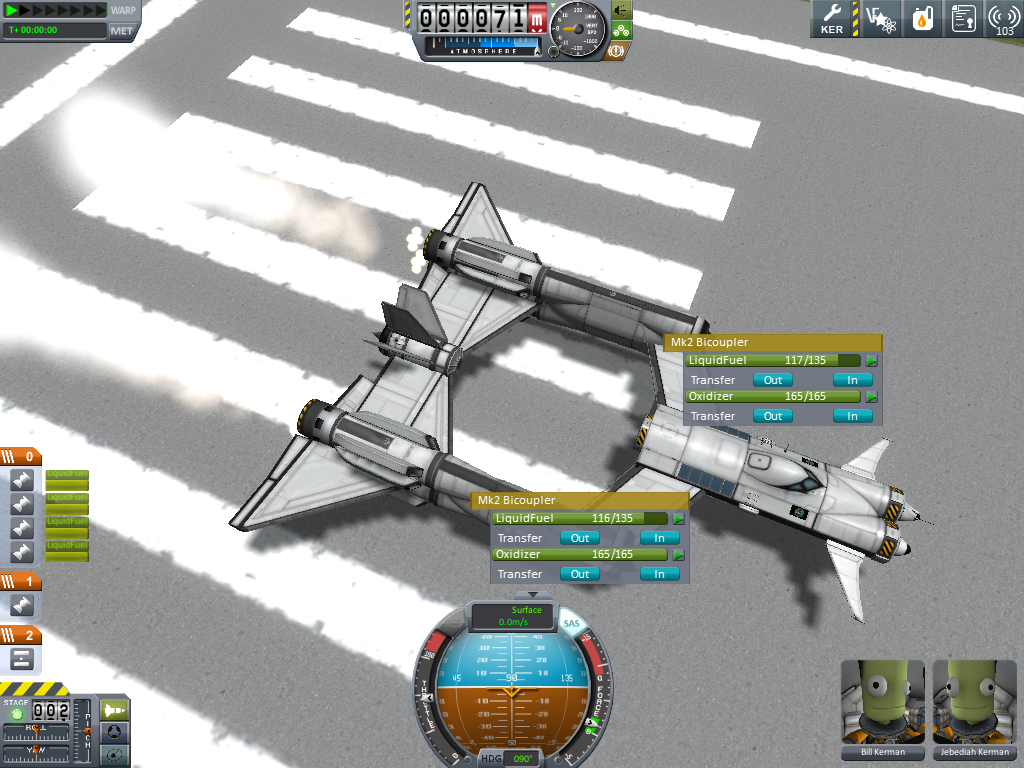 Firing just the RAPIERs. Forward tanks are locked off as reserves, but with all other tanks open, the forward bicoupler tank drains first on the port boom whereas the aft bicoupler drains first on the starboard boom, creating a fuel imbalance. This can be checked by locking one tank or the other, but it's an annoyance to have to worry about this during a long burn into orbit:rolleyes:

Is there something I'm missing about the way fuel should flow ? Any ideas or fixes ? Will provide more pics or download if required, thanks a lot in advance.