Trouble with contract - rendezvous at Minmus

I have held at 0.0m/s relative velocity for over a minute at less than 20 meters distance and this portion of the contract is not marked complete.  The vessel targeted in the picture launched about 40 game days prior to the bigger docked vessel.  (Both docked ships launched at once and would not by themselves qualify for this contract.) 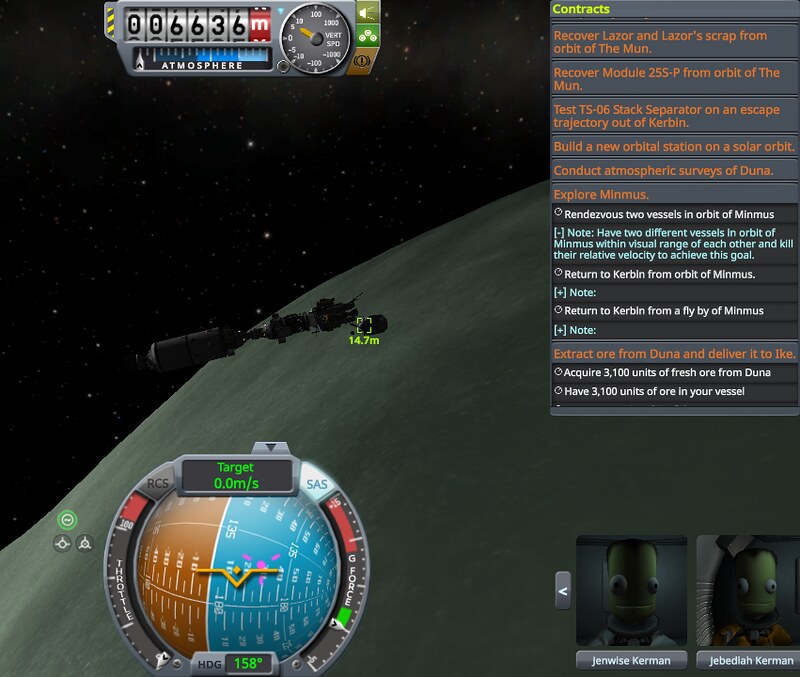