I took this photo from another post but I have this problem too, every time I switch to EVA mode, (it happens everywhere, space and surface) Kerbals have their semi-transparent parachute attached.
I use modded version of KSP 1.6.1, I've a lot of mods included visual mods (even if I dont think the guy who take the picture had ones). 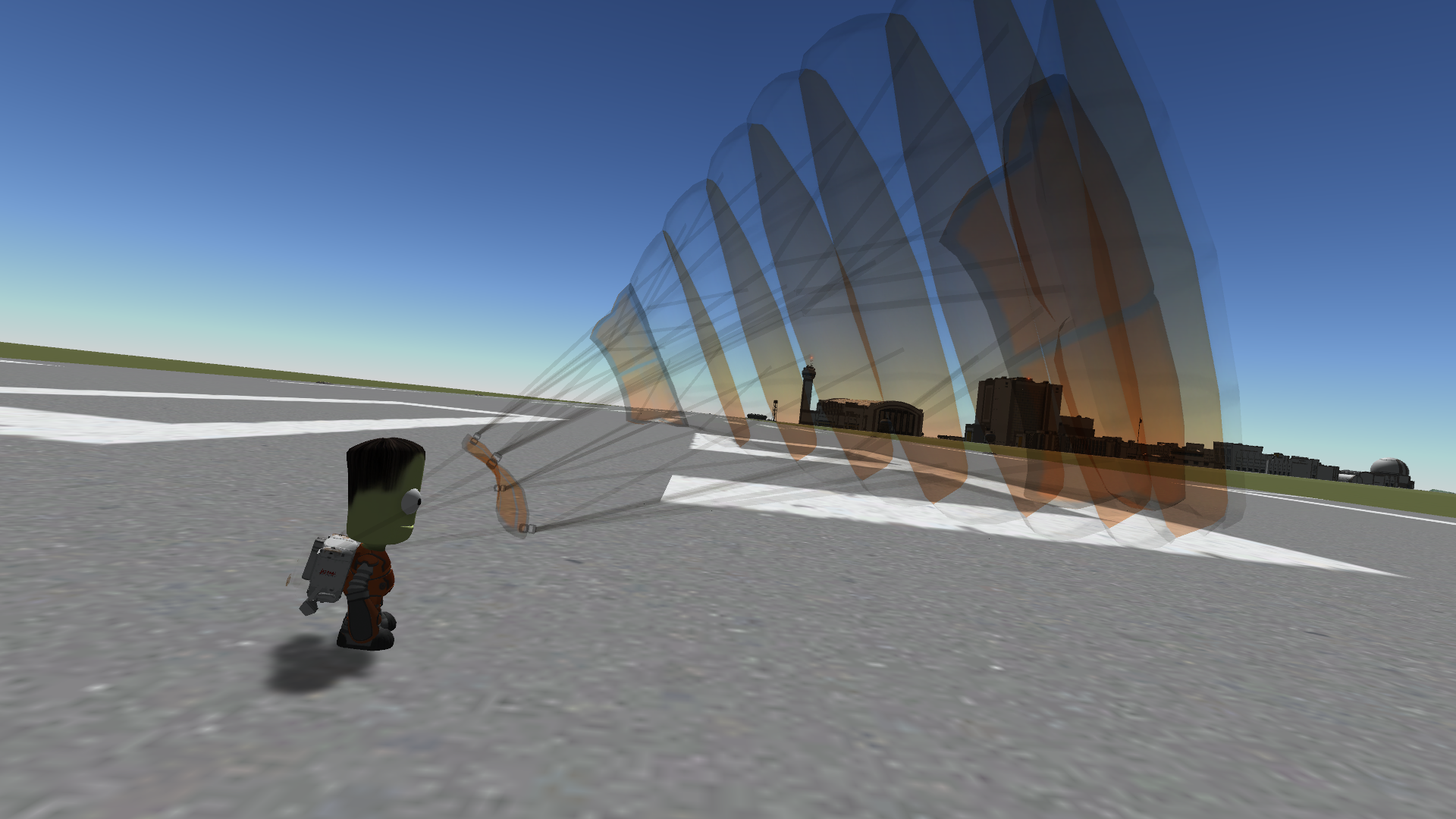