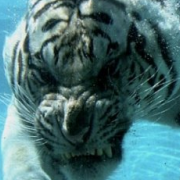 This issue has been pretty constant for me since 1.1.1, I think. When I'm creating a close approach between two ships in orbit, one of the "intersection markers" (I've seen them called "brown and orange chevrons") will vanish as I pass it -- usually the brown one, because that's the one I need the most. I just did a bugtracker search because I wanted to find out what the comments on it were, and maybe to give it an up vote. And I can't find a bug report on it! Was it in a dev note or something? Or has nobody actually reported it? Or did I miss it somehow?

This is not the "marker flickering all over the place" bug. Even though my orbit crosses the other, I'm only getting one intersect point most of the time. Sometimes, if I thrust, it comes back. Sometimes not.