I want to build a refueling station in orbit of Kerbin with five of the big orange tanks. I want to do it in a 'x' shape, but i'm afraid it will be unstable due to the mass it will have. To fix this, i thought about using three Clamp-O-trons lined up.

My question is: would this configuration work? Does the game allow for three docking ports to be attached on the same side?

Here's an illustration of my idea. 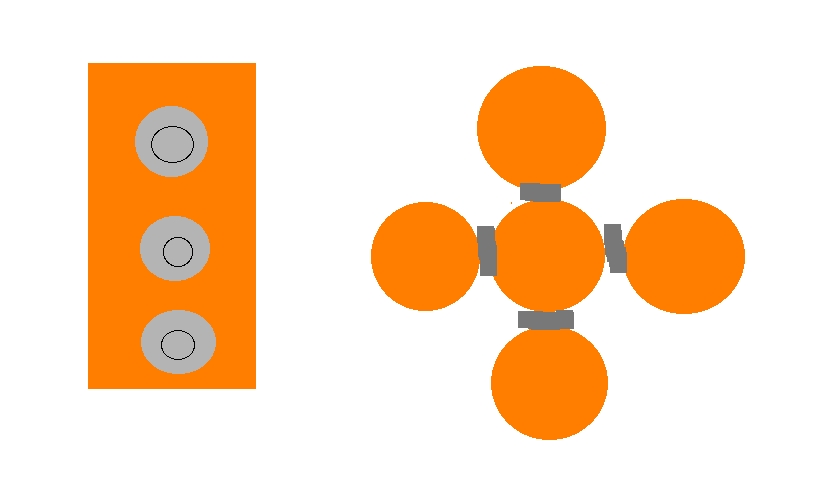