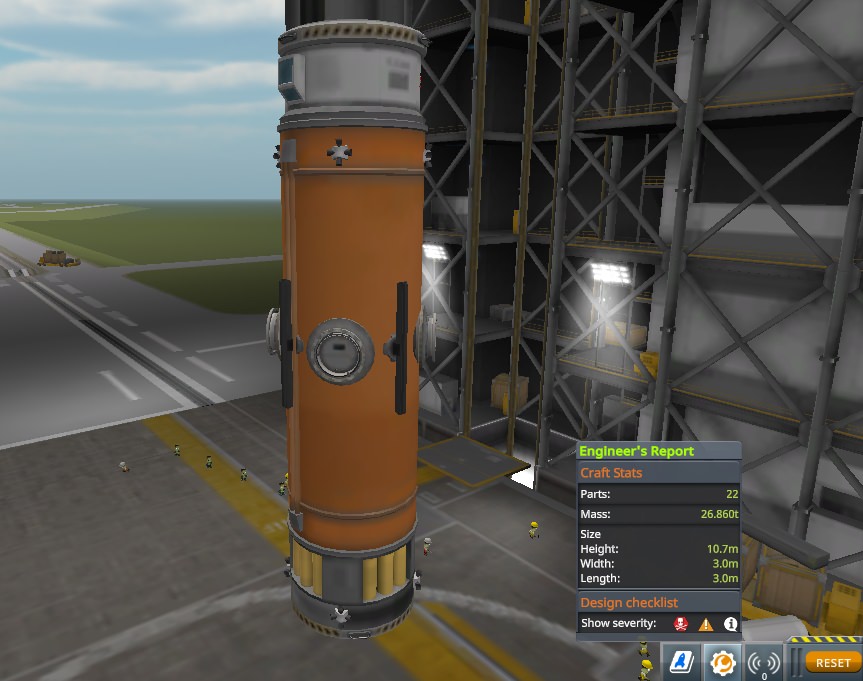 This is the core of an inter-planetary spacecraft, other parts will be docked with it in orbit. It is also the heaviest part of my planned spacecraft so if i can get this into a safe orbit the other pieces should be easy but i just can't seem to make it happen. The rockets either do not have enough thrust or are too unstable and crash. I looked at the rocket equations on the wiki but since i am not a physics or mathematics major, they are kinda confusing.

(If you are wondering how a Rockomax 64 only weighs 26.8 tons its because its only carrying liquid fuel, this is going to be an atomic rocket when it is finished.)