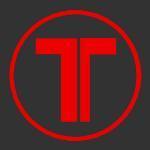 I use 1.7.3 and I think I have a bug with fuel cells (I don't know if it appeared with the update or not, i just noticed it) : no matter which fuel cell (the single one or the 6-pack), when I press the button to start it, it doesn't create any power and doesnt consume fuel.

I put the fuel cell directly on the fuel tank and there is no other power generator on the craft. I had mods before but I removed them long time ago, I don't really remember but I think I made a new installation after removing them so there is little chance that it is a mod related issue.

I searched on forums but it seems i'm the only one to have this issue. did I do something wrong ?