Asked by Rocket In My Pocket

So I've been toying with this idea lately, as I've heard it mentioned by others. If you aren't familiar with the concept you take a core vessel and basically cover it in small, one way satellites; then when it get's to it's destination it "explodes" and spreads a cloud of mini-sats everywhere. Neat concept, difficult in execution lol.

Does this approach have any merit? Has anyone used to it success? Is it just silly? I'm interested in hearing any and all opinions on the matter. The main advantages I see to this are mostly time saving, getting a ton of relay's in orbit in a relatively small amount of player time.

The hurdles/roadblocks I've been encountering so far are as follows:

I've begun to wonder if an "orbital satellite gun" style approach would be better? Aiming and firing them off one by one from a "clip" to desired locations? Would take a little more time, and loses some of the charm of an actual "satellite bomb" lol. Anyways, let me know what your thoughts are!

(I know everyone likes pics in a thread, so not that it's really needed; but here's a shot of a test rig I was using.) 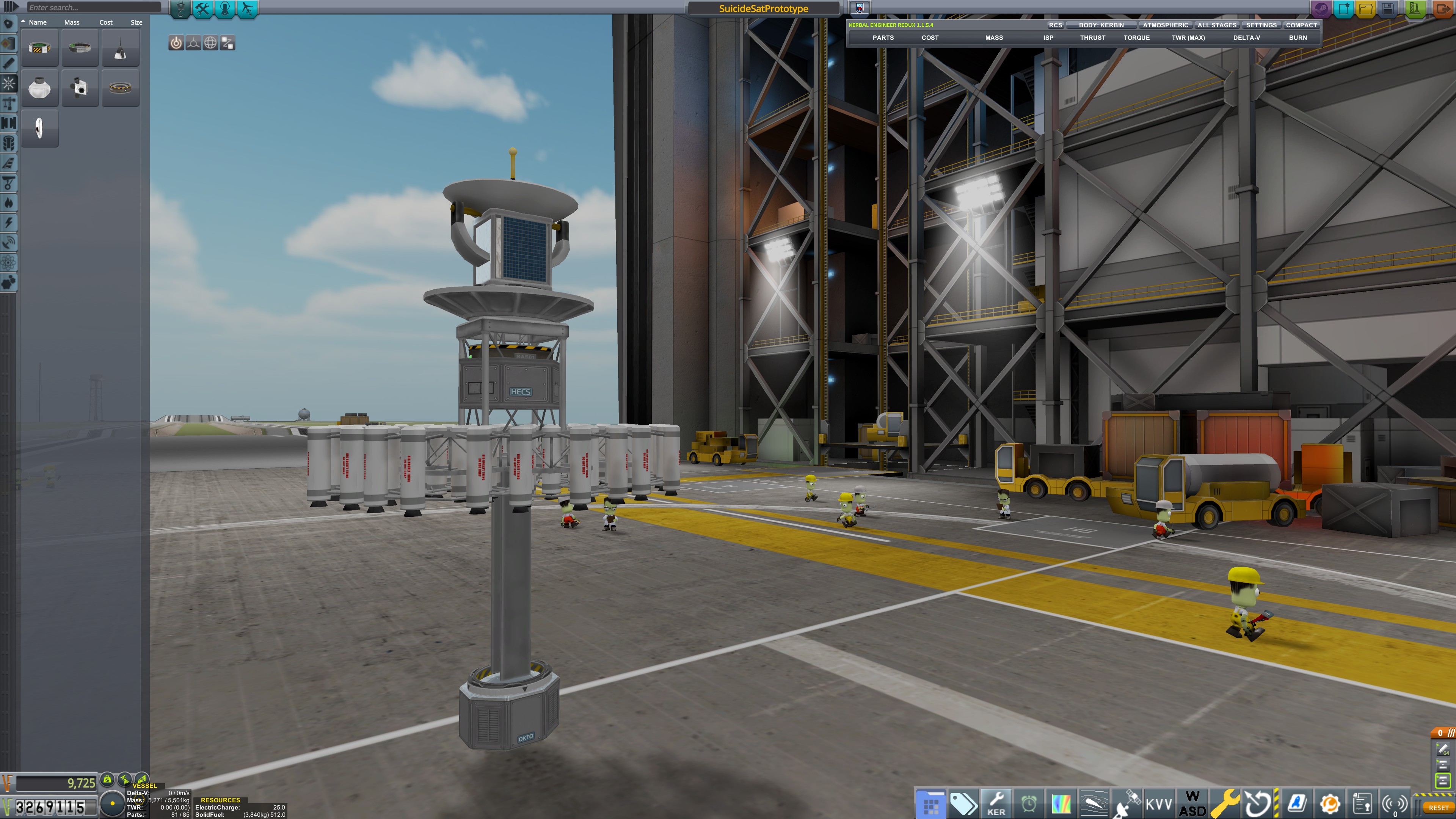 Obviously this is just one mini-sat launcher assembly (With a "dummy core" vessel), the real deal would have 6-12 of these at least I'm thinking.

17 answers to this question