Lighting whilst traveling between stars 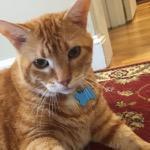 By ChubbyCat,
April 9 in KSP 2 Discussion